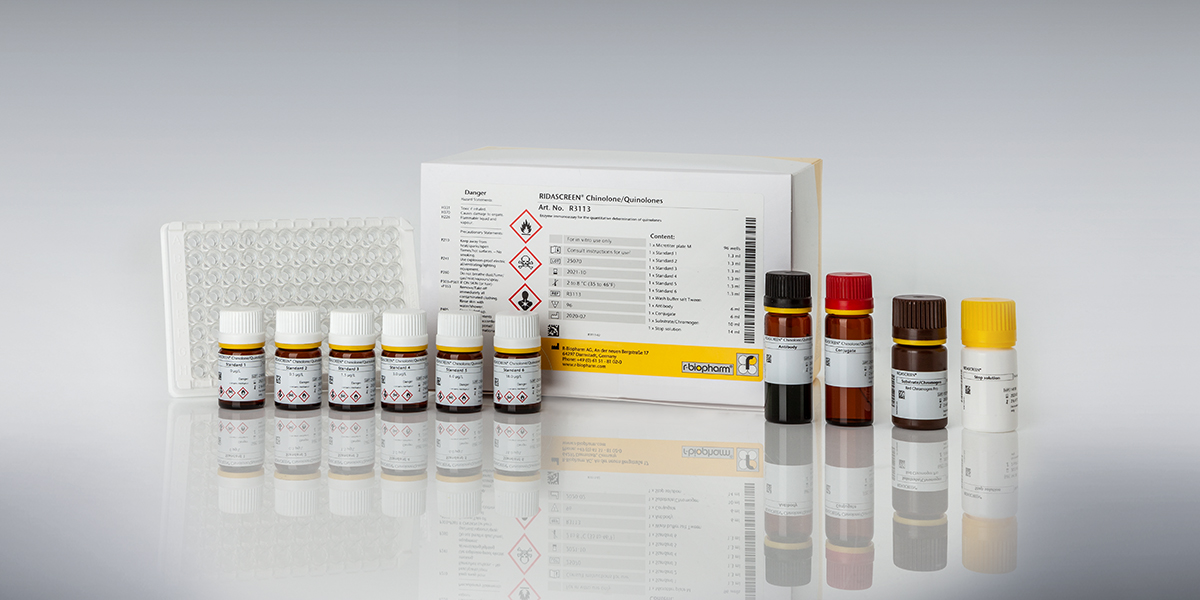 Gyrase inhibitors are devided into four subgroups. The majority of chinolones belong to the subgroup of fluorochinolones, which have a fluoro-group attached at the central ring system, typically at the 6th position. The fluorchinolones belong to the so called second generation of chinolones. Some of these are admitted as antibiotics in veterinary medicine for food producing animals. Fluorchinolones are broad spectrum antibiotics. They are used frequently in veterinary medicine especially for cattle, pigs and chicken. The usage of fluorchinolone has increased in the past years because large amounts of fluorchinolones were applied to prevent infectious diseases, especially in chicken, swine and fish/shrimp farming. The wide use in food producing animals has generated microbial resistances. This led to an amendment of Council Regulation (EEC) No 2377/90 and in the introduction of MRLs (Maximum Residue Limits) for some fluorchinolones.