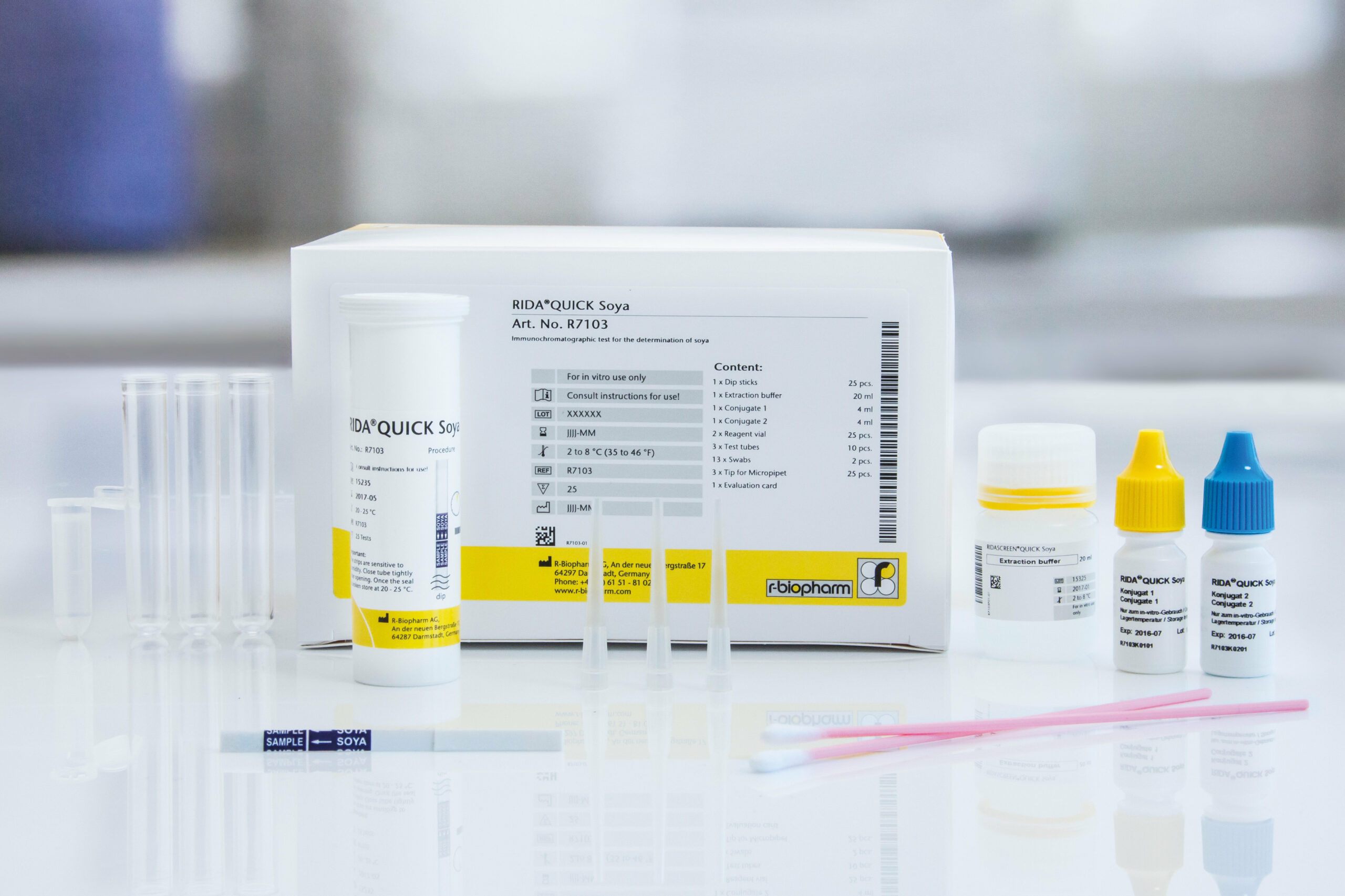 RIDA®QUICK Soya is an immunochromatographic test for the qualitative detection of soya contamination (native and processed) on surfaces (swab test for the hygiene control in production and in laboratories) and in food (biscuit, margarine, chocolate, sausage). The test has been developed for the detection of low amounts of soya (contamination).

All equipment for swabbing is delivered with the kit. For food testing additional RIDA®QUICK Soya Extraction buffer (R7113) is necessary.

The allergen can be present as an ingredient or as a contamination in raw and cooked products. According to the regulation (EU) No. 1169/2011, soya and products thereof must be declared on food labels. Similar regulations exist e.g. in the USA, Canada, Australia and New Zealand. Soybeans (mature seeds, raw) contain approx. 40 % proteins. Thus, soya is widely used as substitute for proteins from animal sources (e.g. in tofu, soya milk or soya yoghurt). Besides the high protein content, soya beans are also rich in fat (approx. 20 %) and are used for the productions of oils and fats. The usage of soya as food and feed has strongly increased in the last decades, leading to an increase in allergic reactions as well.

Watch our video tutorials on sample preparation and allergen management with RIDA®QUICK Soya: