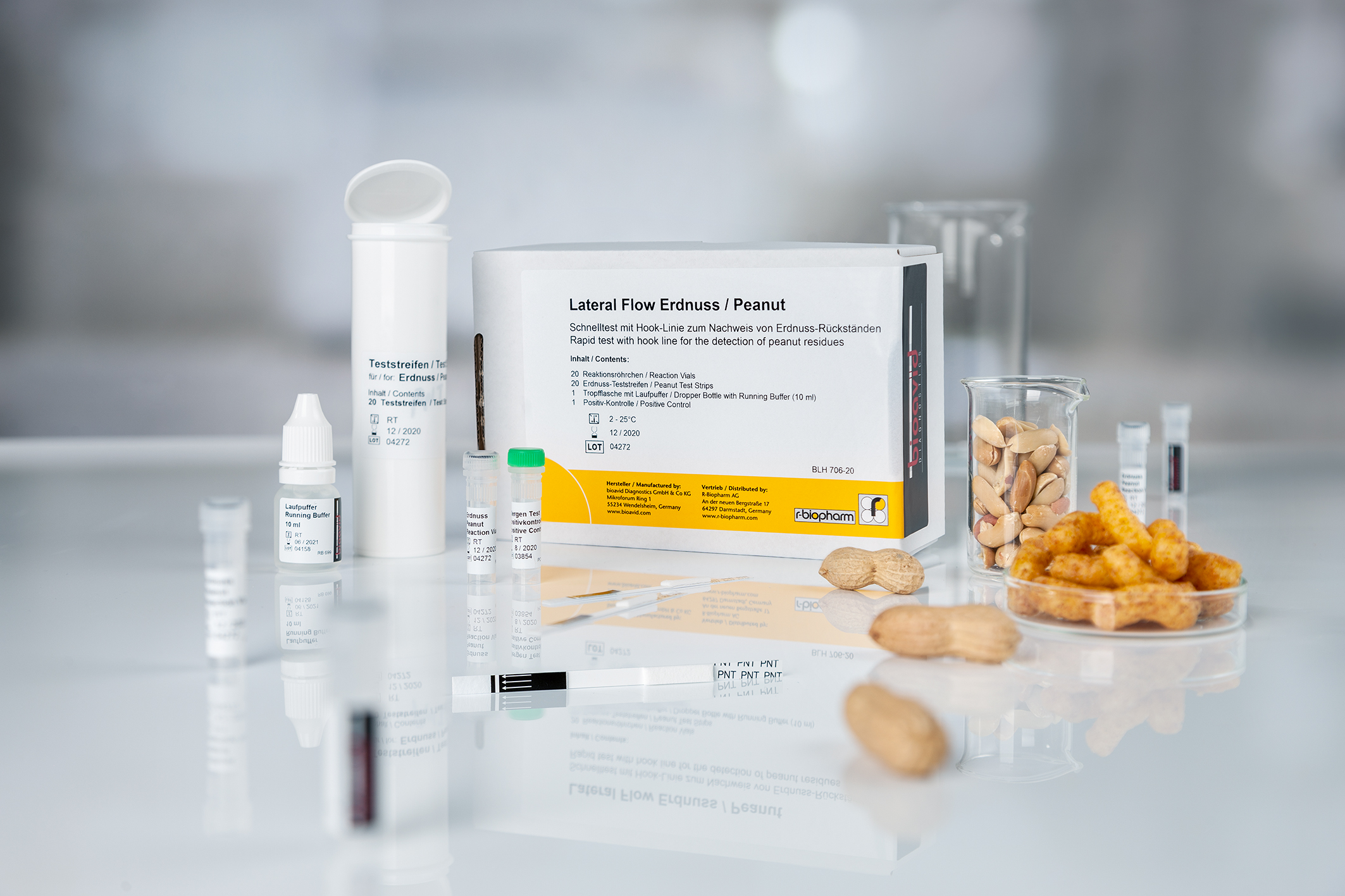 The Lateral Flow Peanut incl. Hook Line from Bioavid is an immunochromatographic test for the qualitative detection of peanut residues in environmental samples (e.g. in food production lines), CIP-water and food samples. The assay is applied for the detection of small amounts of peanut contaminations.

Unfortunately, very high amounts of an analyte in the sample can lead to falsely lowered or negative results – called the hook effect. The new dip-sticks will include an additional line, the hook line, in order to detect this effect. For now, the new test (BLH706-20 Lateral Flow Peanut incl. Hook Line) will not replace the old one without a hook line (BL606-10 / BL606-25 Lateral Flow Peanut), but it is an additional product offer with new functionality.

Although peanut (Arachis hypogaea) belongs to the legumes and not to the nuts, its taste and its usual consumption is similar to tree nuts. So to speak, peanut is one of the most popular “nuts” worldwide. Peanuts are very common ingredients of chocolate products and also consumed as snacks and in bakery products such as cookies. In 2017, 47 million tons peanut were produced worldwide, stating the importance of peanut as a food product.
With 25 %, the fraction of proteins in peanuts is very high. Many of these proteins are known for being allergenic, such as Arachins and Conarachins, which are contained in relative high amounts. Peanut is also one of the five foods, which are the most frequent cause of food allergies. Allergies against peanuts are among the most severe allergies and can lead to life-threatening anaphylactic shocks. Consumption of probably less than a milligram of peanut can induce allergic reactions in very sensitized individuals. Therefore, labeling of peanut containing products is very important and compulsory in the USA and the European Union as well as in many other countries. The main threat for sensitized individuals is contamination of peanut in food, which is intended to be peanut-free (e.g. peanut traces in chocolate, which should not contain peanuts). Therefore, it is important to test foods, which may have been contaminated during their production process, for the presence of unintended traces of peanuts.
If an allergen is present as a product ingredient, it must be indicated on the food label according to the regulation (EU) No. 1169/2011. Similar regulations exist e.g. in the USA, Canada, Australia and New Zealand.