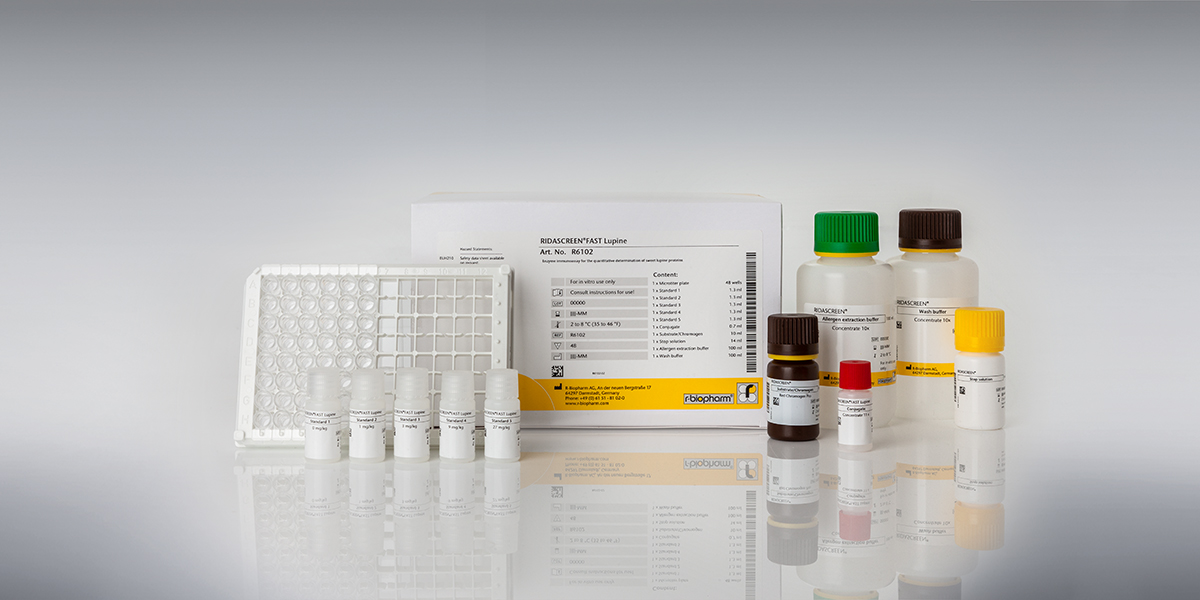 The macroscopic granular sweet lupines contain 35 – 42 % proteins in the seeds. Lupines are generally used as a natural protein source as an alternative to soy and animal products in human food and animal feed. They are able to bind water in food and therefore can be used as a replacement of egg in bread and bakery products. This increases the freshness and stability of those products. Beside this, lupine flour is used instead of wheat, rye or barley flour in the case of dietetic food. In France it is allowed to mix up to 10 % lupine flour to other flours without further declaration. Due to the fact that lupines can cause severe allergic reactions they should be declared in food products. The allergen can be present as an ingredient or as a contamination in raw and cooked products. According to the regulation (EU) No. 1169/2011 lupine must be declared on food labels.