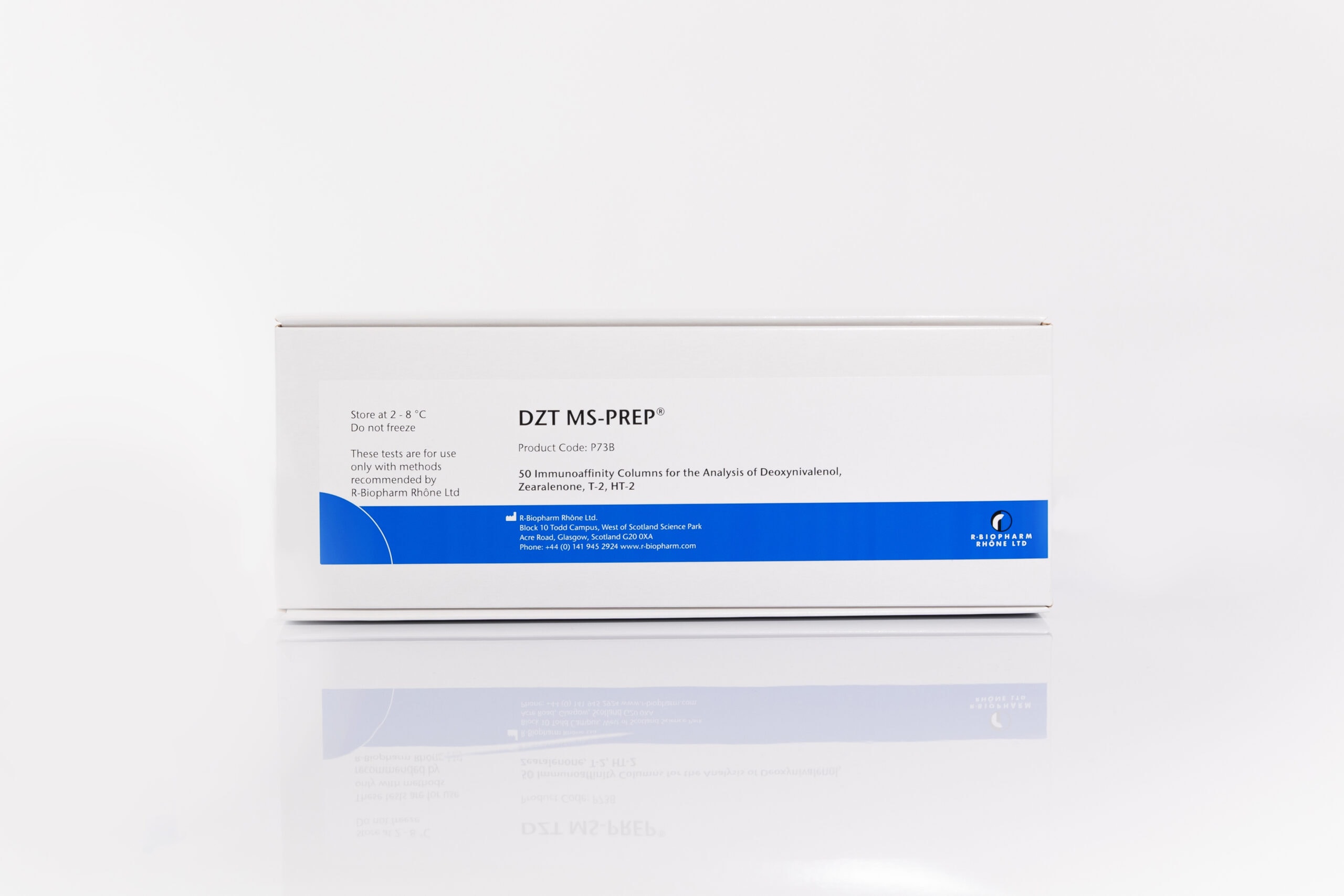 DZT MS-PREP® immunoaffinity columns contain highly specific monoclonal antibodies directed against DON, zearalenone, T-2 and HT-2 toxin. The columns lead not only to a clean-up of the sample but also to a selective purification of the mycotoxins. After the extraction of the sample with methanol / water and subsequent filtration, the sample extract is applied to the immunoaffinity column. If the relevant mycotoxins are present in the sample, they are bound by the corresponding antibodies. The columns are washed and the mycotoxins are eluted with methanol. The collected eluate is then used for analysis with LC-MS/MS.

DON, zearalenone, T-2 and HT-2 toxin belong to the trichothecenes, which is the largest group of mycotoxin-producing Fusarium fungi. DON is also called vomitoxin because it causes nausea in pigs and other animals. In some cases, food poisoning has also been reported in humans in connection with DON-contaminated cereals. DON is often found together with zearalenone in wheat, barley and corn. Zearalenone is an estrogenic substance that can cause the corresponding symptoms in pigs, cattle, poultry and rodents. High concentrations are associated with fertility, impaired fetal development and embryonic death.

T-2 and HT-2 toxin are mycotoxins produced by different species of Fusarium. These mycotoxins are frequently found in cereals and feed and can cause acute symptoms such as nausea, feed refusal and low weight gain in livestock and poultry. However, these mycotoxins can also lead to chronic impairments in animals, such as immunosuppression, oral lesions and lethargy.