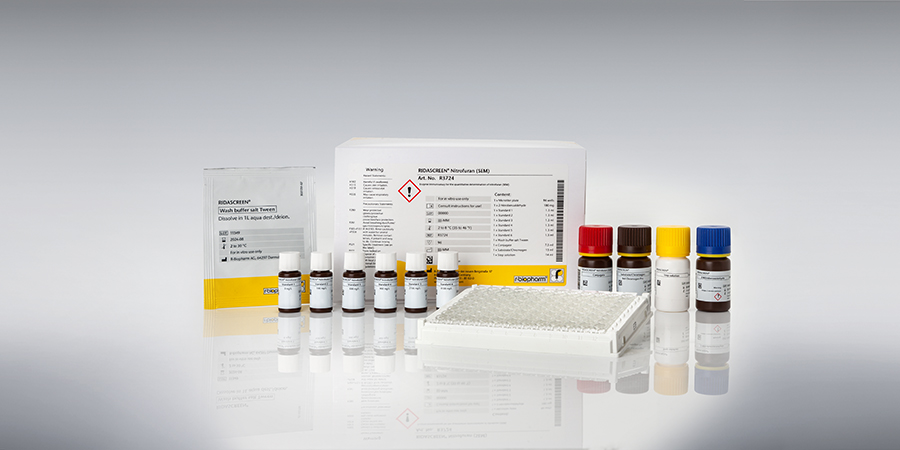 Nitrofurans are synthetic broad-spectrum antibiotics, which are frequently used in animal production due to their excellent antibacterial and pharmacokinetic proper-ties. They have also been used as growth promoters during the production of shrimps, poultry and pigs. Long term animal experiments have shown that the par-ent compounds and their metabolites have carcinogenic and mutagenic character-istics. This led to the prohibition of nitrofurans for the treatment of animals used for food production. In 1993, the EU banned the nitrofurans furaltadone, nitrofurantoin and nitrofurazone for use in animals used as sources of food, and in 1995 the use of furazolidone was also prohibited. The analysis of nitrofurans are based on the detection of the tissue bound metabolites of nitrofurans. The parent compounds are difficult to detect accurately since they are metabolized very rapidly after treatment. The tissue bound nitrofuran metabolites however are present for a long time after administration and they are used to detect nitrofuran abuse.