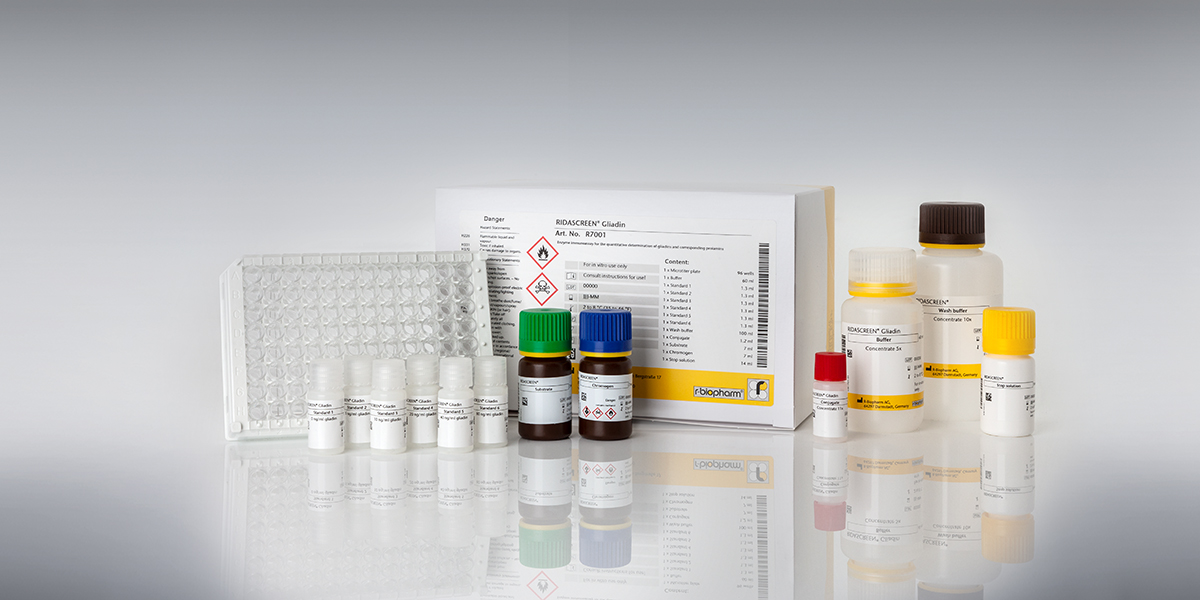 RIDASCREEN® Gliadin is a sandwich enzyme immunoassay for the quantitative analysis of contaminations by prolamins from wheat (gliadin), rye (secalin), and barley (hordein) in raw products like flours (buckwheat, rice, corn, oats, teff) and spices as well as in processed food like noodles, ready-to-serve meals, bakery products, sausages, beverages and ice cream.

The RIDASCREEN® Gliadin is:

Watch our video tutorials for sample preparation and test procedure with RIDASCREEN® Gliadin: