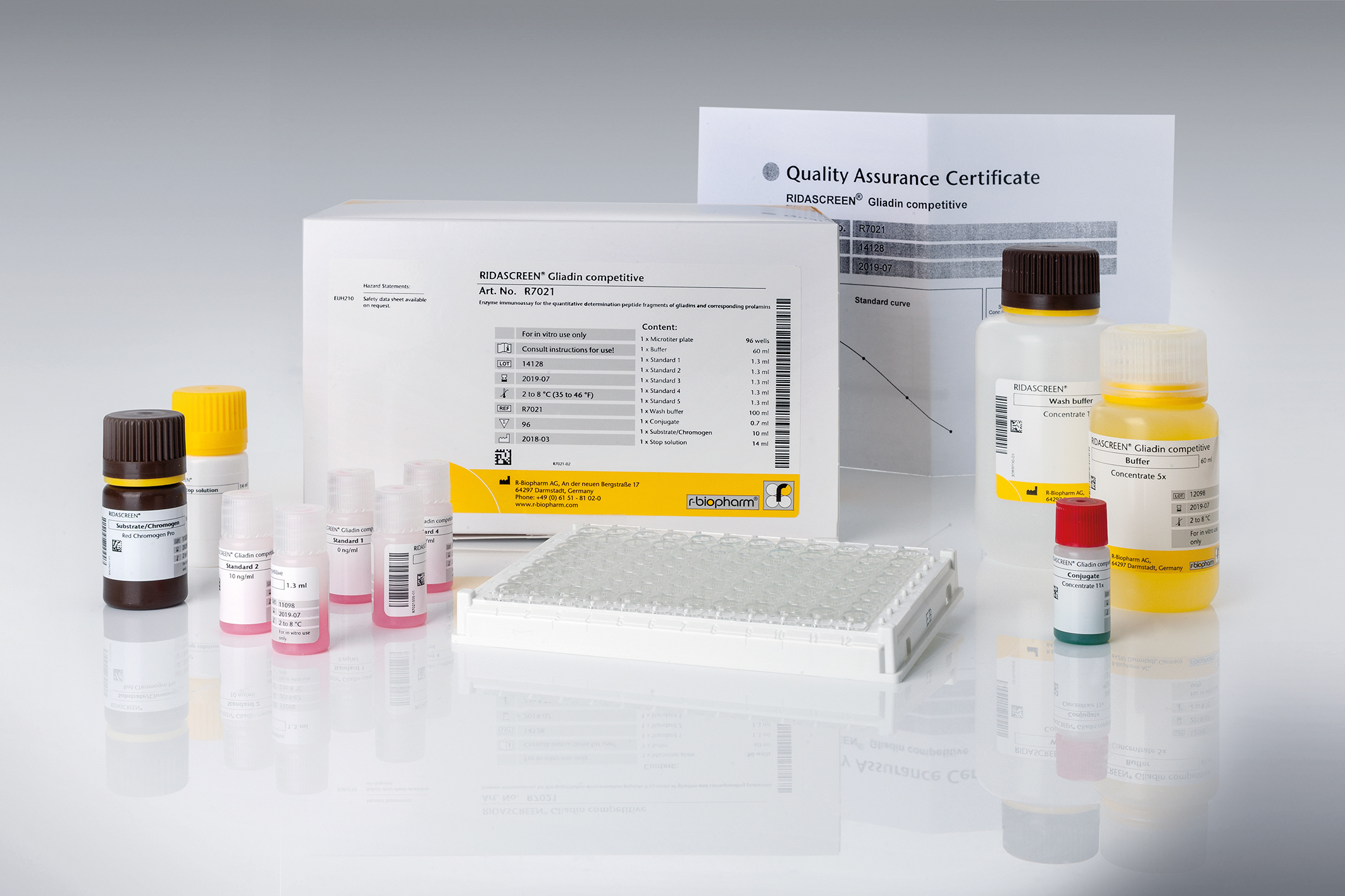 During food processing like e.g. fermentation or hydrolysis intact prolamin molecules are partly or completely degraded to small peptide fragments. For Coeliac patients these fragments still remain dangerous even after digestion in the stomach. Single, small peptide sequences (motifs) cannot be detected by a sandwich ELISA format, because at least two epitopes are necessary for a sandwich ELISA. However, single peptide fragments can be detected with a competitive format.

Statement with respect to the FDA final rule on gluten free products:

On August 12, 2020 the FDA issued the final rule related to gluten free labeling for foods containing fermented, hydrolyzed ingredients. Please find our statement with respect to this final rule in this document.