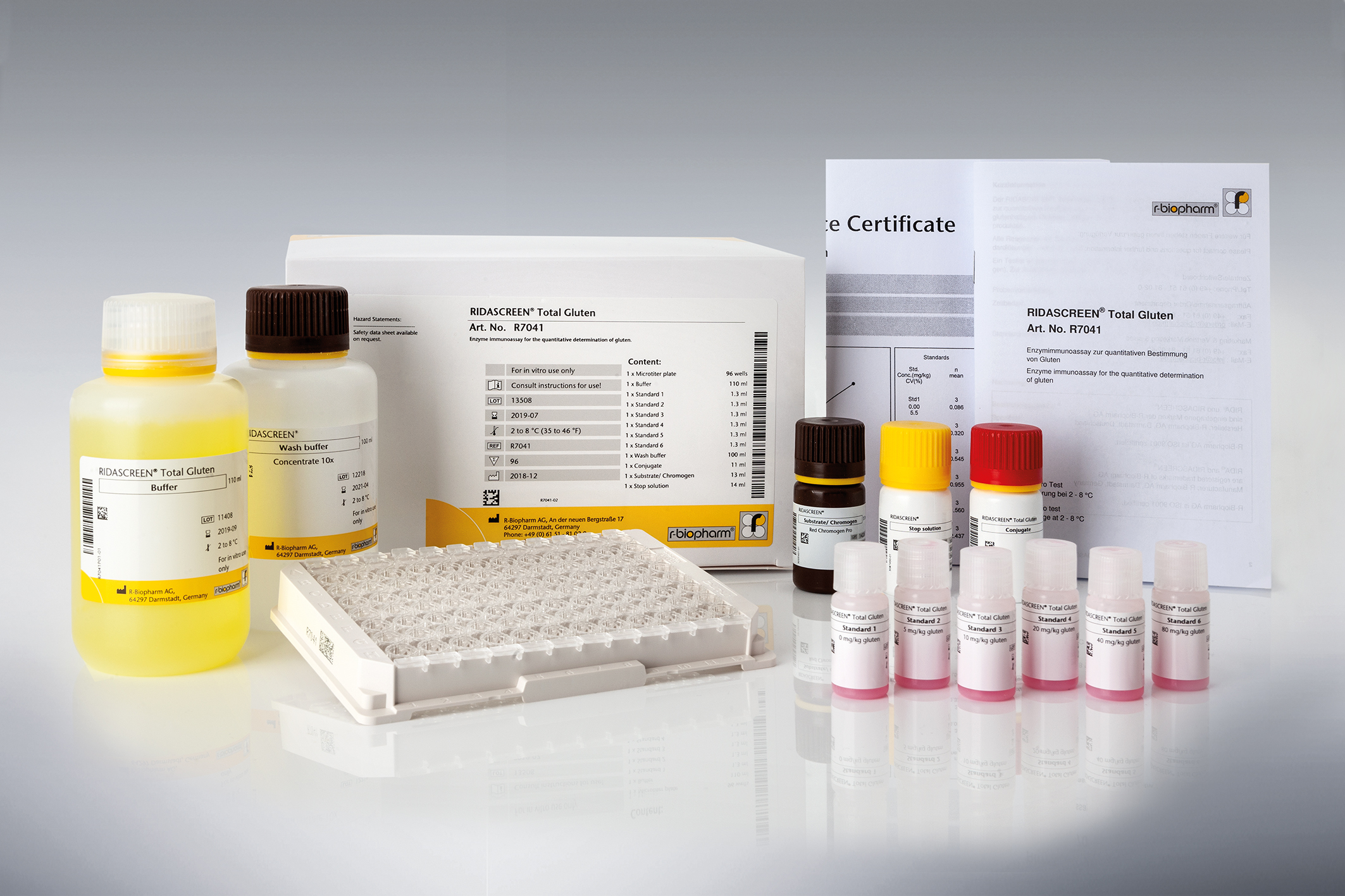 RIDASCREEN® Total Gluten (Art. No. R7041) is a sandwich enzyme immunoassay for the quantitative determination of intact (non-hydrolyzed) gluten from gluten containing cereals (wheat, rye and barley) in oat and oat products.

The use of wheat flour and gluten in foodstuffs is extremely common because of their heat stability and useful effects on e.g. texture, moisture retention and flavor. Coeliac disease is a permanent intolerance to gluten that results in damage to the small intestine and is reversible when gluten is avoided by diet. According to the Codex Alimentarius (CODEX STAN 118/1979) two categories for labeling of food according to the gluten content now exist:
1.) “glutenfree” = Food products, containing < 20 mg/kg Gluten
2.) “very low gluten = Food products containing 20 – 100 mg/kg Gluten
The threshold of 20 mg/kg has been adopted by many national legislations in many countries.

Traditionally, cereal proteins are subdivided according to their solubility (Osborne fractionation). Unfortunately, the subdivision according to solubility is not an accurate criterion, since co-solubilization and co-precipitation occur frequently. Furthermore, additional factors such as temperature can have a high influence on the result. Especially the subdivision into prolamins and glutelins (which form together the gluten proteins) according to their solubility is very difficult.
Due to the combination of four different monoclonal antibodies, the RIDASCREEN® Total Gluten enables the detection of almost all gluten proteins.