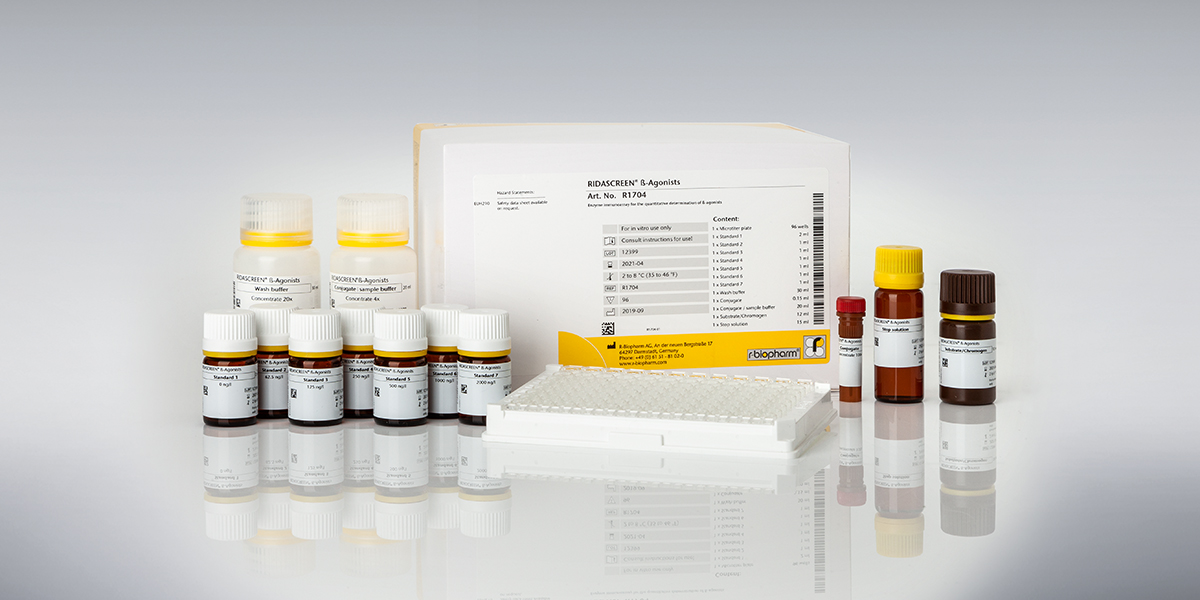 RIDASCREEN® β-Agonists is a competitive enzyme immuno­assay for the quantitative analysis of β-Agonists in urine, serum, meat, liver, milk and feed.

β-Agonists, such as clenbuterol or salbutamol, are synthetic derivatives of the naturally occurring catecholamines. It has been known that β-agonists are suitable for use as performance improvers within the field of livestock production. In particular, the meat/fat ratio in fattened animals can be improved or the growth may be accelerated. However, such compounds have not been approved in the EU for use as fattening adjuvants. In addition to lipolytic and anabolic effects, β-agonists have relaxing effects on non-striated musculature. Thus they can be used as antiasthmatic and tocolytic agents. It is possible that β-agonists residues, after use in illegal practice, may lead to a risk for consumers. Therefore the use of β-agonists use in food production was prohibited.