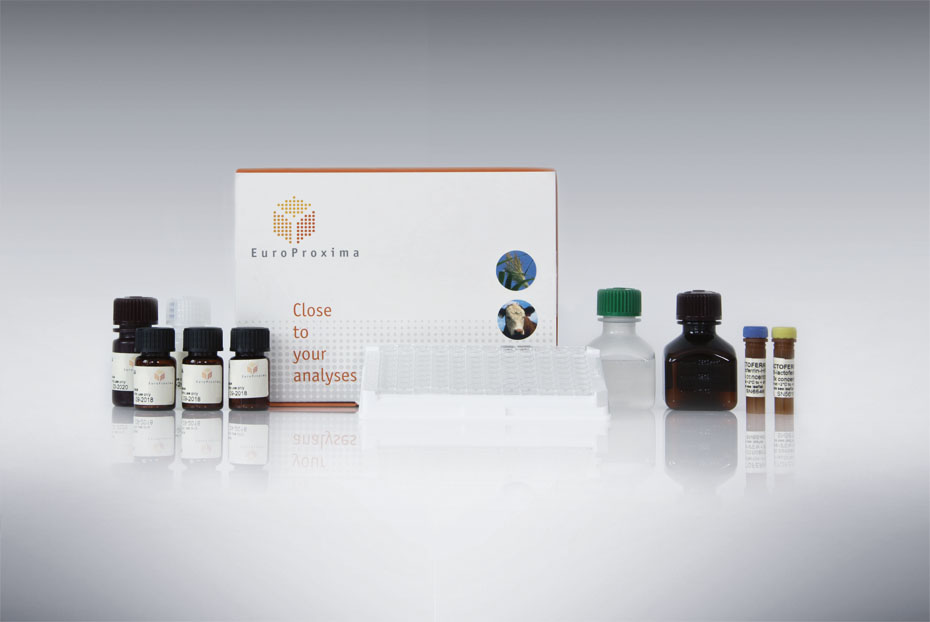 EuroProxima Tetrodotoxin Sensitive is a competitive enzyme immunoassay for quantitative analysis of tetrodotoxin in fish and shellfish.

A higher sensitivity for the detection of Tetrodotoxin

With the introduction of the EuroProxima 5191TTXSens Tetrodotoxin Sensitive ELISA, R-Biopharm Nederland offers a rapid and easy screening for low concentrations of tetrodotoxin in fish and shellfish. The new ELISA test is an improved version of the 5191TTX ELISA with a limit of detection of 1.4 µg/kg and a detection capability of 6.0 µg/kg.

Tetrodotoxin (TTX) and its analogues belong to a group of neurotoxins that are produced by various marine bacteria. The toxin can accumulate in certain species of fish, different marine bivalves (clams, oysters and mussels) and gastropods. Due to the worldwide increase in water temperature TTX has appeared also in the European waters. TTX has been recently detected in seafood harvested in the United Kingdom, Portugal, Spain, Greece and the Netherlands. The ingestion of contaminated seafood can have fatal consequences. On the cellular level TTX causes blockage of voltage-gated sodium channels that leads to alteration of neuronal functions and muscle paralysis. Death can occur due to heart or respiratory failure. The majority of the poisoning cases have been caused by the consumption of pufferfish contaminated with TTX in Japan, where a limit of 2000 μg/kg was set for fish. As for now there are no maximum limits for TTX in the European Union. According to the recent European Food Safety Authority Scientific Opinion the concentration of TTX and its analogues of 44 μg/kg of shellfish meat should not result in adverse effects in humans.